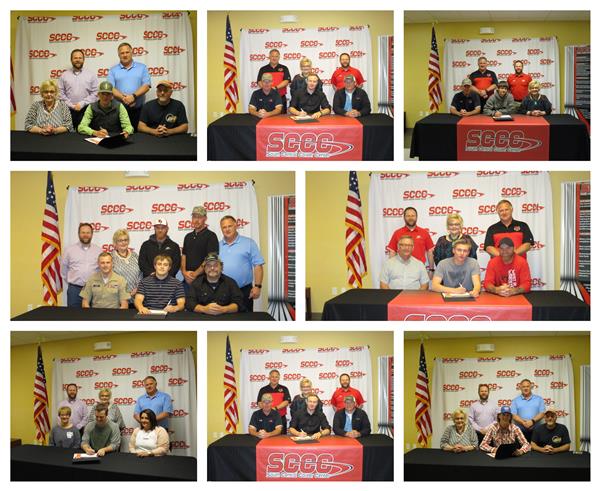 To help close the skills gap and raise awareness of career options in the skilled trades, the South Central Career Center participated in SkillsUSA National Signing Day, celebrating thousands of high school seniors across the country pursuing a career in the skilled trades. SCCC was one of approximately 300 schools across the U.S. participating in National Signing Day, which recognized over 2,500 students nationwide.

In a style similar to “National Signing Day” events for high school student athletes, 8 high school seniors at SCCC were recognized as they signed their “letters of intent” for a job offer, apprenticeship or advanced technical training. Students were celebrated among school administrators, teachers, SkillsUSA advisors, family and friends, as they take the next step in their education in auto collision, carpentry, medical, and auto mechanics. For more photos, visit the district Facebook page Here